How the heck are you this morning/afternoon/evening (circle the correct choice)?  Okay, I thought that would be funny because Tilted Windmills: Part I was about my change in feelings about the results of tests.  🙂  I do hope that this reading finds you well, though.  By the way, if you haven’t read Part I, please go read that one first.  This post won’t make much sense without it!  If you read it the other day, you may want to skim it to get a refresher.

However, before I move further we need to talk about Don Quixote.  You know, the Man of LaMancha.  If you are not familiar with Don Quixote, you should be!  It is a great story of humanity and among the classics!  The Ingenious Gentleman Don Quixote of La Mancha was written by Miguel de Cervantes Saavedra.  The story is about a man who leaves his normal life to take on a life of chivalry and eventually live in a fantasy world of knights, nobility, giants, etc…

The reason that I bring up Don Quixote is that that I am reminded about a part of his story.  As he and his “squire,” a farmer named Sancho Panza, were out on their adventures, there is a time when Quixote sees windmills along the side of the road and he takes off after them.  He “tilts” at them with a spear (tilting is a jousting term…go watch A Knight’s Tale for more on that) because he thinks it is an army of giants.  “Tilting at windmills” has become synonymous with the idea of going off after an imaginary enemy or fighting a battle that does not have to be fought.

Okay, enough with the literary lesson.  Back to school stuff.

So, I told you the story about the devastating emotional consequences of grading my first test as a first year teacher (on a Friday).  Then I followed that with what happened a week ago when I graded my latest test (on a Friday).  How did, in eight years, did I get from poor results shaking me up to poor results leaving me content?

Because the test data was not much different, obviously it is not because I am a spectacular teacher that can get students to learn and understand everything the first time through.  It is also not because I got so good at helping the students learn problem solving skills and test-taking strategies that ace every test that I give.  No, the test data was pretty much the same.  The change was not in that, and the change was not in the students.

That only leaves one thing.  The change was in me.

What was that change and when did it happen?

I will be honest, the change happened slowly.  As a matter of fact, it has only been in the last two years, or so, that I have started to view test results differently.  Actually, this was the first year that I have really felt almost completely at-ease about how a test went when it did not go well.

Wait, you never said what the change is!

I am getting there.  I just need to give a little more back story.  Give me a minute!

Tests played a lot of roles in my teaching life, didn’t they?

Over time, testing became something that was make or break for me.  Therefore, test results became this harbinger of how the students were going to do during State Testing, and something that must be revered and feared for this reason.  Test data was disheartening.  It showed me the failures of my teaching and the failures in student learning.  It became even more disparaging and depressing for me as the years passed that it was that first year.

Over time I started to dread testing.

My school started doing quarterly benchmarks in the core classes.  These results were as bad or worse than my unit tests.  They were rigorous and difficult, just like the State Tests.  The students hated them.  They seldom did well on them.  Because they were quarterly, and happened in every class, I started to only give these and stopped using unit tests.  The students were up to their eyeballs in tests, so I helped where I could and gave other types of unit assessments (mostly writing prompts for essay-type assessments).  Another side effect of the quarterly benchmarks is that, because of lack of time, they were results that I could not use because I could not go back and reteach anything.

I think I got “tested out.”

However, there was a positive result of those benchmarks.  My essay assessments gave me real insight on student learning.  I was able to really see what students knew, kind of knew, only knew by memory, and what they really understood.  I was able to truly differentiate and help scaffold students up to the understanding that they needed because I knew where they were with the content.  They did not have it always at the point of multiple choice questioning, and they was some of the problem on the tests.  I helped move students as far as I could in the curriculum based on what I found out from the writing.

When I looked at my test data last Friday, it told me what I needed to know.  I knew what I needed to work on and with who.  I was able to start formulating plans for that work.  I had information.  I could use that information to push my students further on and further in to what they need to learn.  Why would this information make me happy?

Tests and test data used to make me feel bad.  But I was tilting at windmills.  I was looking at something that was mundane (I say this lightly…not that tests and data is mundane…but they are normal parts of the teaching life and not out of the ordinary) as something to cower and fear.  Data is not that.  Data is data.  It is information.  It is not a giant to fight, but it is something that can give me energy to keep on teaching and teaching better and better.

Are you tilting at any teaching windmills?  Are there things that you view as scary and as enemies that might just be the normal parts of the teaching life that can spur you on to being a better teacher?  What are they?  Tests?  Test data?  Observations?  Evaluations?  Parent contacts?  Any other menacing parts of the teaching life?  How can you change your mindset about them?  How can you use them to move on and be better without them destroying your teaching heart?

You are not alone!  We are all with you!  Other teachers do understand!  We really do!  Seek out a teacher to help you turn your giants back into windmills!  Can you help someone else do the same, too?  We are in this together and we need to help each other!

You are awesome!  You are amazing!  I know that you will stop fighting windmills and fight the real battles that we need to fight!  You can do it!  You are doing it and you are making a difference!  Keep on teaching, Teacher!

PS…I feel like I need to say this.  This post is not a commentary on State Tests.  It is about the every day teaching life.  Please do not read in to what I have said!  State Assessments serve their own purpose for who get the results.  I am not making a statement for or against State Assessments.  Sorry, but I did feel like that should be said!  🙂  Lets avoid doing this in the comments, too!  Thanks!  There are a lot of places for that debate.  Let’s keep it out of this place for encouragement.

I am a middle school teacher who lives in the upstate of South Carolina. View All Posts

This site uses Akismet to reduce spam. Learn how your comment data is processed. 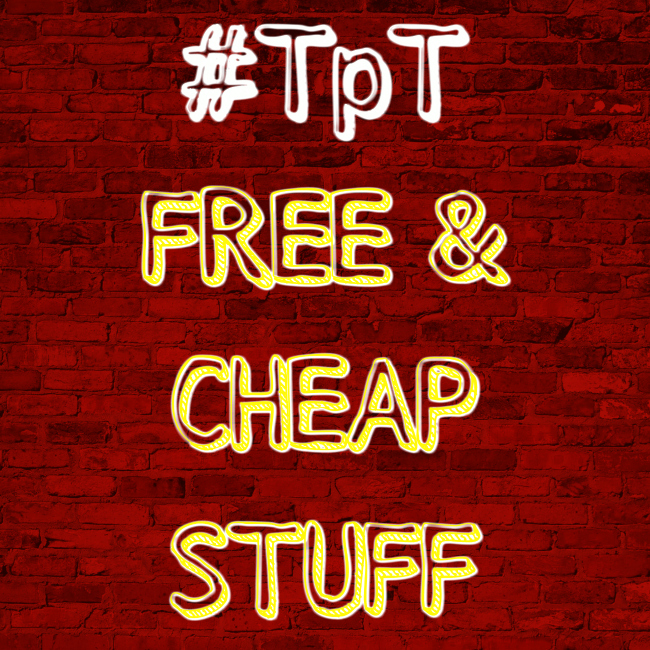